Time For Self Newsletter January 2018 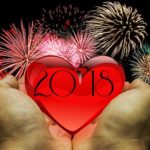 New beginnings are magical and with 2018 arriving, it’s time to start getting inspired for the year.

New Year’s resolutions can make some people feel depressed, unnecessarily stresssed out, or disappointed in themselves.  While we aren’t opposed to resolutions or self-improvement, sometimes it feels as though there’s far too much pressure to make a dramatic life-change.  It might be better to get inspired and feel good , never feel worse.

These New Year’s quotes will hopefully help on days when you just feel like giving up goals and can inspire you to wipe the slate clean and get invigorated for all that 2018 has in store.

1.  “YOUR STRONGER THAN YOU THINK”

4. “EVERY DAY IS A NEW BEGINNING, TAKE A DEEP BREATH AND START AGAIN.”

6.  “COMPARISON IS THE THIEF OF JOY.”-Theodore Roosevelt-

8.  “LOOK DEEP INSIDE YOURSELF AND YOU WILL FIND INFINITY.    – author unknown –

9.  “THINK BACK 5 YEARS AGO, THINK OF WHERE YOU’RE AT TODAY, THINK AHEAD 5  YEARS AND WHAT YOU WANT TO ACCOMPLISH.  BE UNSTOPPABLE.”  – Dwayne Johnson”

Steps to Self-Care After the Holidays 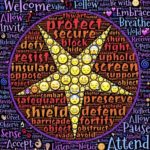 With the passage of the new year, most consider the holiday season to be officially over.  Almost overnight, we turn our focus to self-improvement.

Some people feel a little bit of mood whiplash during this time of year.  Whether you enjoy the holidays or not, it’s jarring to go from messages of selflessness and family to extreme self-criticism (especially because family can often trigger self-doubt).

Often the “holiday season” means that everyone enjoys time off to celebrate the holidays with their families and then returns to work fresh and ready to begin the new year.

But what if you don’t consider the holidays a break?

Holidays can be a stressful time for many.  The resulting strain can leave you feeling exhausted and resistant to starting your next chapter.

If you’re feeling holiday burnout, here are some self-care tips for the new year.

1.  Validate Your Own Emotions

One of the most stressful things about the holidays is that everyone is expected to be happy and excited and cheerful round-the-clock.

The holidays seem to be the peak of emotional policing.

Show one sign of sadness or annoyance, and it’s like you’re a one-person Grinch parade hell-bent on ruining everyone else’s good time.

If you spend the holidays in a lot of group settings, the performance of cheer gets old fast.

To unwind, try unpacking all of those suppressed feelings from the past month.   Whether you’ve been angry with someone or you were reacting to a change in circumstance, you need to remind yourself that feeling those things was and still okay.

We are so caught up with pleasing everyone else during holidays that we forget to prioritize ourselves.

2.  Do Whatever You Need to Do to (Actually) Relax

Society gives us the ideas that the holidays are supposed to be a relaxing break from the grind of reality.

Sure, some parts are fun, but, the season amplifies everything chaotic about life.

Holidays shove everything anxiety-inducing about social interaction into one room and literally wrap it with a box.

Smile.  Be polite, Talk to everyone.  Don’t offend anyone.  Don’t be offended.  Give the right gifts.  React correctly to the gifts you receive.  Engage in extended conversation with people who you don’t see for months on end even if your knowledge of them only extends as far as your Facebook newsfeed.   Yikes.

We can all agree that the new year calls for a little pampering.

Stop overthinking or discrediting  the little things that bring you joy.

Taking a bubble bath,  Watch a movie.   Eat an extra slice of cake.  Sign up for yoga class.  Take a selfie.  Do whatever makes you feel good about being you and living your life.

You made it through 2017, and you deserve a pat on the back.  Treat yourself.

It’s absurd how much New Year’s solutions have become commercialized.  Just look at the huge jump in dieting and weight loss advertisements alone in the week or so after New Year’s

When you consider a typical New Year’s resolution, it often calls us out on something we feel guilty about or ashamed of in an effort to discipline ourselves into becoming “better people.”

Most of them involve self-policing via self-deprecation or body negativity.

New Year’s resolutions are a running joke about the idealism of a fresh start quickly being squelched by the apathy of reality, to the point where designating something you want to change supposedly indicates your complete lack of a will to do so.

People try for a few weeks, get discouraged, and wind up making the same resolution the next year.  They increasingly beat themselves up over not taking control of their lives, with the goal in question appearing more and more out of reach.

Needless to say, this isn’t a healthy cycle.

Even reactionary articles that critique the futility and unrealistic expectations of many New Years’s resolutions slide back into the same logic of needing to whip yourself into shape.

They seet smaller and allegedly more attainable milestones, but it all still relies on the fundamental assumption that you constantly have to battle yourself to feel any sort of satisfaction.

Who says that New Year’s resolutions have to be associated with correcting insecurities.

A New Year’s resolution could be cook fancier recipes and listen to yourself more.  It’s not really something negative or positive.  It’s something that you can quietly do in everyday life because I’m curious if it will encourage me to try new things,   Plain and simple.

or negative qualities?  Further, why do New Year’s resolutions have to be significant?

You don’t need a New Year’s resolution as an obligatory benchmark for your growth for progress.

You can also, you know, make resolutions throughout the year.  January doesn’t have special privileges.

Change at your own pace and on your own terms.

The holidays are over.  The new year is your new year.  Take the time to take care of yourself so that you can enjoy it to the fullest. 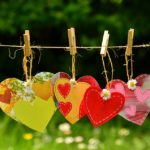 The human race has one really effective weapon, and that is laughter.  – Mark Twain –

Humor does not diminish the pain – it makes the space around it get bigger.  – Allen Klein –

Just ’cause you got the monkey off your back doesn’t mean the circus has left town.  – George Carlin –

The mind is like an umbrella – it only works when it is open.  – Sir James Jeans –

Remember that sometimes not getting what you want is a wonderful stroke of luck.  – Dalai Lama –

Copyright © Time For Self