Time For Self Newsletter March 2020 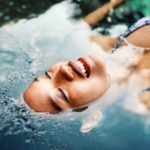 A great question that I get asked a lot is Reiki and Polarity Therapy the same.  I’ve heard the chocolate analogy:  I can tell you all about the ingredients, how it’s made and how it will taste but until you actually taste it for yourself, you will never understand how chocolate really taste.  Right!  Same is true for both these modalities.

I have clients that ask me if I do Reiki as well as Polarity Therapy.   I received my masters in Reiki but moved away from it when I started using the Yuen Method/Personal Transformation and my new modality that is amazing and feel more powerful if you like Reiki sessions.  I will attempt to cover the similarities and the differences as well as dive more into a new modality that is over 8 decades old and uses the concepts of energy flow used in Ayurvedic Medicine and traditional Chinese medicine.  It differs from them also because looks at the theory of positive and negative energy charges in the body’s electromagnetic energy field govern the flow of energy.

Similarities between Reiki and Polarity Therapy

Both Reiki and Polarity are in the realm of an energy based healing modality and both are done with the client fully clothed.  This make both modality a perfect energy level therapies for people who are new to receiving healing work or have restrictions or body images that may make massage or other forms of body work less appealing.

The meaning “Universal life force energy” in Japanese – is one type of energy healing that many people have heard of before, even if they haven’t yet tried it themselves.  Using the laying on of hands, as well as holding hands about 4 inches away from the client’s body in particular areas, to allow the client’s body to heal itself.  This method attunes the chakras.

The ancient practice of Reiki moves through eight different chakras, or energy centers, in order to clear them so that energy can flow better to all areas of the body.  Reiki is not a massage, but some evidence that it can improve overall mood in those with anxiety and depression. 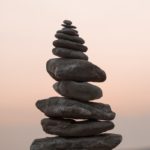 Polarity Therapy was developed by Dr. Stone who was a chiropractor, osteopathic, and naturopathic doctor incredible knowledge in eastern and western healing principles involved to bring the body back into natural balance, or homeostasis.

Polarity Therapy addresses the root cause of disease by addressing the subtle energetic systems of the body and making adjustment through light touch.

Polarity Therapy is based on the idea that there are three types of energy field in the body:

This alternative modality is said to help with the following health problems:

Some studies have been done that indicates individuals that have received Polarity Therapy sessions report that greater improvements in fatigue and quality of life while going through and offset some of the adverse effects associated with certain cancer treatments.   Please consult your health care providers before looking at alternative modality like Polarity Therapy.

Also a study also found Polarity Therapy may help to reduce stress in caregivers of people with dementia.   After receiving a number of Polarity Therapy sessions, the participants notice a significant greater reduction in stress levels and showed a great improvements in depression, pain, and experience more vitality and general health.

March’s special this month  is Polarity Therapy.  It is a 60 min session for $70.   This service balances major chakras of the body, body cavities related to the chakras, redistributes energy from the solar plexus to all part of the body, and harmonize and  balance parasympathetic and sympathetic nervous systems. 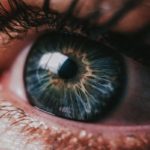 The only thing worse than being blind is having sight but no vision.

Vision with action is stronger than hindsight of 20/20

Make your vision so clear that your fears become irrelevant

When life gets blurry adjust your focus

“The sky is never the limit.  Your vision is.”

“Ones vision is not a road map but a compass.”

Copyright © Time For Self